There were sparkling jewels in the sky, and I was climbing the steep hill on foot, to get a closer look. Perhaps I could climb high enough to grasp one in my hand, and take it to show my beloved. As I ascended even higher, I wondered if I was being deceived . . .

Perhaps I was seeing small specks of light, filtering into the night sky, through tiny holes in a dark cloth that engulfed everything I knew. Was the sky actually filled with small, remote sparks of fire, or giant fireballs hurling towards the Earth, at such a pace that I’d never feel their impact, but my great-great-great-grandchildren might?

Folk theories, myths, legends and the power of oral history tell many tales that have shaped our understanding of the Cosmos. Today we look to the science of Astrophysics, for answers. Astrophysicist Neil deGrasse Tyson wants to help us understand those answers, to questions we currently have answers to, even if we happen to be in a bit of a hurry to do so, distracted as we are, by earthly matters.

In Astrophysics for People in a Hurry Tyson introduces readers to dark energy, distant galaxies, cosmic expansion, and intra-cluster gasses at tens of millions of degrees. Are you still reading? The host of the Fox and Nat Geo TV show Cosmos: A Spacetime Odyssey hopes so. His predecessor and mentor, Carl Sagan, hoped to inspire viewers as well, with his 13-part PBS mini-series, Cosmos: A Personal Voyage.

Both Astrophysicists, each having their own kind of star power, are joined in their enthusiasm by the staff and volunteers that host monthly “Star Parties” at Griffith Observatory, in star-studded Los Angeles, CA. Their scientific knowledge about the night sky, and overwhelming curiosity about what more there is to discover, is inspiring! 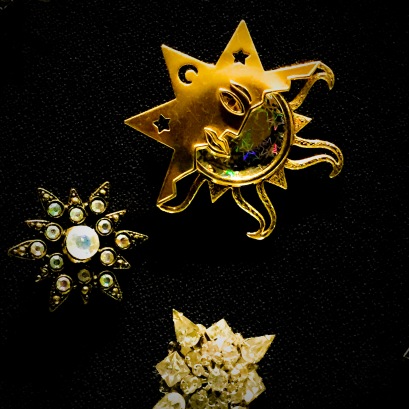 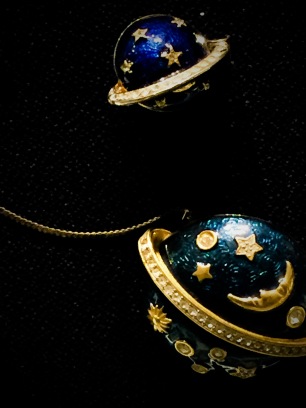 On my most recent visit to Griffith, there were far too many cars creeping upwards and parked along the side of the road, so I gave in, and headed out on foot, even though I was not wearing “appropriate” footwear. The road wound through Griffith Park, and gradually made its way up to the dome of the observatory. The building was surrounded by unquestionably expensive, massively complicated telescopes, or so it seemed to me.

But there were scientists and dedicated hobbyists on hand, sanctioned by the Griffith Observatory to answer my questions, and entice me to learn more about the stars above, and the science that grounds our knowledge of the universe.

It was date night, family fun night, an opportunity to earn a Boy Scout badge, and a spot where teenagers could easily slip off into the woods for . . . well, whatever it is they sneak away for these days. My path to the observatory led me away from the noise pollution of downtown L.A., so I’d have a better chance of observing the reality that is the night sky, with the assistance of powerful telescopes. 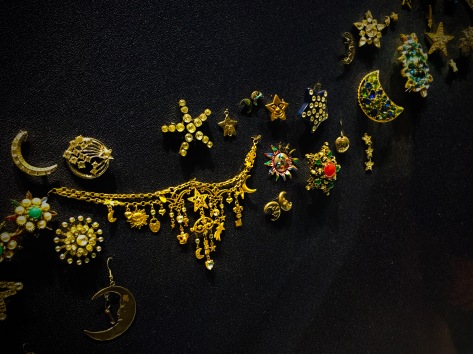 Where does our fascination with the Cosmos originate? As tourists and work travelers, with nothing more than a short visit to California on our calendars, what drives us to spend the evening, one Saturday night a month, gazing upward?

What prompts us to keep asking questions that we may never personally know the answers to, questions left for the next generation? How much scientific understanding do we need to have, and at what level, in order to sleep well at night? Were our ancestors Folk Theories “good enough”?

Free access to most of the telescopes is readily available, after a short wait in line. When the observatory is open and skies are clear, there is a lot to be learned. The teaching is reliable, and scientifically sound. According to the Griffith website, the observatory “does not permit the operation of private, unauthorized telescopes on its grounds, for either public or private use.”

Concerned with the accuracy of information handed out on its grounds, which are a public setting, the observatory seeks to reassure its visitors of the validity of what they learn there. Brene Brown, Research professor at the University of Houston Graduate College of Social Work, might describe this as the observatory’s way of filtering for bullshit. They are seeking truth in all of their scientific research, and clarity in their communications. Griffith Observatory is a tourist destination, but the observatory gift shop contains more educational items than trinkets and “toys”. This is science,  not science fiction! 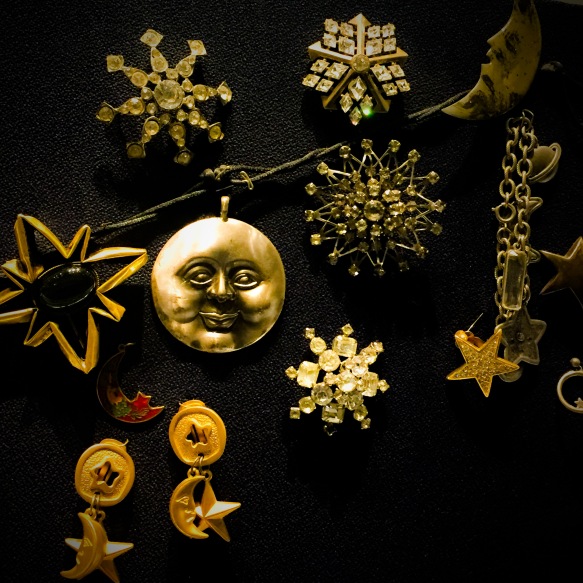 Across the country, in New York, Neil deGrasse Tyson is the Director of the Hayden Planetarium, in the Department of Astrophysics at the American Museum of Natural History. Their mission is “to bring the frontier of astrophysical research to the public via exhibitry, books, public programs, and on-line resources.”

The staff is comprised of observational scientists, scientific scholars, and champions of public outreach. Together they are conducting research meant to bring the topic of Astrophysics, and an understanding of our universe, down to Earth. (Hayden Planetarium website)

Tyson takes his exploration of Astrophysics a step further. He draws attention to the ways that science helps us understand questions of existence, purpose, meaning, and our place in the world. These are the Philosopher’s metaphysical questions.

We are so small, in relation to the universe. Should this make us feel unimportant, insignificant, disposable, and almost invisible? Or does our smallness highlight our grand importance, as part of something amazing, and bigger than ourselves, unimaginably large? Instead of feeling small and alone, should we feel small and connected, to everyone and everything, for all time? 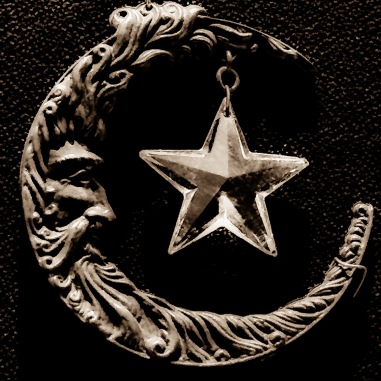 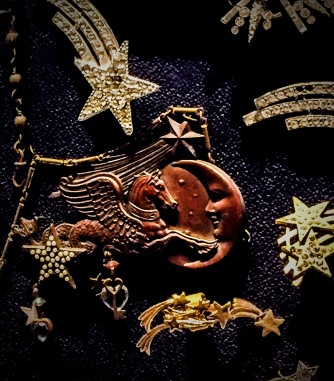 One of my early memories of scientific exploration, learning about Newton’s Laws and “basic rocket science”, comes from a time I spent at the Cernan Earth and Space Center. I was building and launching model rockets. It was my first (and only) rocket building class! For a short time, I was a Rocket Scientist!

Safety was of the utmost concern, at Triton College’s summer program – “Rocket Camp: It Really IS Rocket Science”. I must have been around 11 or 12 years old, with my notebook full of scientific formulas tucked under my arm, ruler in hand, striding confidently across the campus of the local community college.

This camp still happens, every summer, for students entering or completing grades 6, 7 or 8. Each student builds two rockets, one simple and one complex, and family members are encouraged to attend the activities on “Launch Day”! I wish I knew where that rocket was; If it survived the launch I’m sure I would have wanted to keep it, so it’s likely in the basement of my childhood home.

As an academic, with degrees in Philosophy of Mind / Psychology and Neuroscience, I was excited to read Astrophysics for People in a Hurry for its overall themes, not expecting to grasp all of the high-level scientific discussion. It was a challenging read, in spite Tyson’s efforts to condense the scientific information, or perhaps because of those efforts.

Around 2004 my graduate studies had stalled, after 5 years in my graduate program, when scientific questions kept intruding on philosophical theories. Philosopher of Mind Paul Churchland was proposing a theory of mind called Eliminitivism, which postulates that our “folk understanding” will be upended, and replaced by a neuroscientific understanding of belief, knowledge, feelings, and thought.

As a senior graduate student, busy with my own courses, while introducing freshman to their first taste of Philosophy, I was sold! It was a lonely place, pursuing this Eliminitivist theory, and I had muster up a bit of courage to do it. When it came to this scientific overthrow of our folk notions, not many others were out there with me. My academic committee was preoccupied with their own academic questions. They were important questions, but not the ones I was asking, or most interested in. 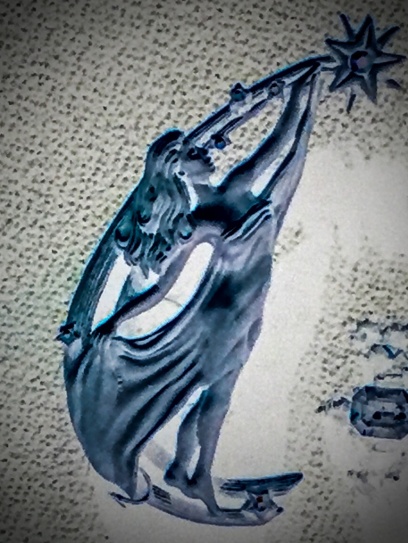 Tyson seems more comfortable than most with the interplay between disciplines, with scientific answers being discovered, for philosophical questions. Like Scientists, Philosophers seek understanding; they want to uncover our capacity for knowledge, and susceptibility to ignorance. They explore what we can know, and what this means in the first place, our claim to “know” something.

Back at Griffith, no one seems uncomfortable at the Star Party, and there doesn’t appear to be any sort of confrontation. The event truly is open and accessible to all, and free!

Inside the building, visitors will find an exhibit that represents a timeline of the universe, from the Big Bang, 13.7 years ago, to today. The exhibit is known as Cosmic Connection, and is comprised of more than 2,200 pieces of celestial jewelry, gathered over 2 decades by observatory patron Kara Knack.

“A celestially themed timeline, even one made of costume jewelry, she says, allows people to reconnect with objects in the sky and perhaps inspires them to ask important questions: Why are we here? What is an individual’s place in the vast universe? ” (LA Times)

Mystical crescent moons, dangling sunbursts, and shooting stars were gathered by Knack from hundreds of junk shops, discount stores and garage sales. She surrounded herself with the trinkets at home, then brought more meaning to their glitter and shine by bringing them to the observatory, where they would represent a vast space with a long history.

The display runs the length of a 175-foot passageway through the observatory. Knack designed the stardust trail, and donated the pieces, bringing a brilliant display to the observatory. Visitors are stopped in their tracks, and pause to read the plaques on the wall, commemorating various periods of the development of the universe.

Knack was deeply devoted to the observatory as a member of the Friends of the Observatory, and eventually served on its board. She spoke to the public about the value of the observatory to the city. She also found much personal value in the observatory – “Knack said she would take dates there as a test, to see “whether they could be interested in something a little loftier.” (LA Times) 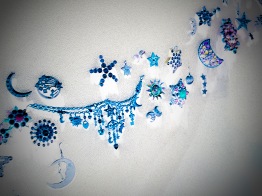 Visitor Info for the Griffith Observatory

“Free public star parties are held monthly at Griffith Observatory from 2:00 p.m. to 9:45 p.m. with the assistance of volunteers from the Los Angeles Astronomical Society, the Los Angeles Sidewalk Astronomers, and The Planetary Society. They are a chance for the whole family to look at the Sun, Moon, visible planets and other objects, to try out a variety of telescopes, and to talk to knowledgeable amateur astronomers about the sky and their equipment.” (Griffith Observatory website)

Astrophysics for People in a Hurry (audiobook): https://www.youtube.com/watch?v=N8UZhFf06Is