Damn Yankees, Redneck Hillbillies, and All Those In-between – Raise a Glass!

Driving cautiously along the winding Tennessee River, following the directions of the GPS that guides me just about everywhere these days, I’m trusting and I’m questioning at the same time. (Isn’t that kind of the story of life?)

I’m headed towards a winery that claims to have an overlook view worth writing about, but I’m still down in the valley, as I follow the directions of a computerized voice. The GPS says I’m almost there. This is a little confusing, given the flat, winding terrain I’m navigating, until I make a sharp right turn into the driveway of the winery. It winds up, and up, and up. . . and I’m not certain that the rental car (a small, silver Hyundai Accent) is going to make it up the hill that leads to the winery. With some effort, we reach the top. 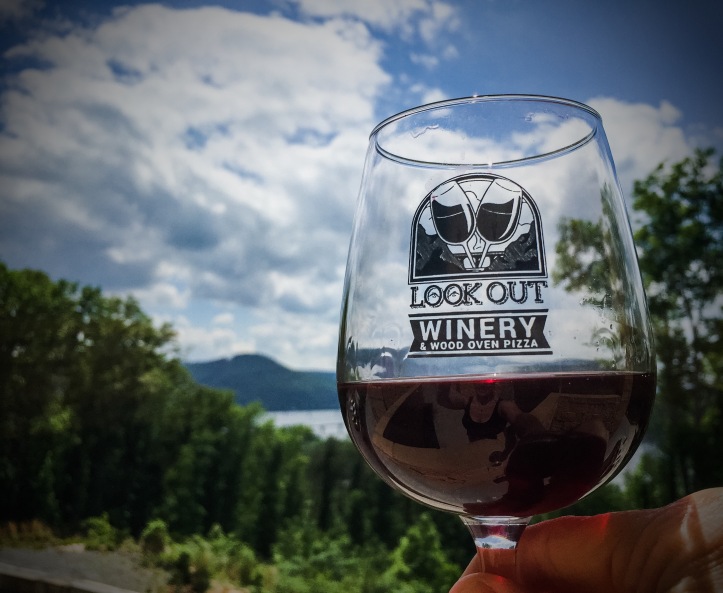 Lively Italian music plays overhead, as I sit on a modest balcony overlooking picturesque green hills, blue skies, and sunshine dancing across meandering waters. The chairs at the unoccupied tables started out facing the tables, but most have been turned in the direction of the view that the winery is named for – Lookout Winery.

Served on the patio, bottles of wine gradually empty. I can’t help but overhear the conversations going on around me. Two tables down four retirees are enjoying an early evening dinner. They have been chatting away, and sharing stories that have likely been shard once or twice before, over the years. These old friends are in a very comfortable place, with one another, with the wine they share, and with the surroudings. They have been laughing, and clinking glasses, for over an hour when I hear:

“You know, living in Columbus we always thought of Cleveland as “Those damn Yankees”, and . . . well. . . Cincinnati was just full of the “Redneck Hillbillies”.

I laugh out loud, sitting alone at my table.

I can’t stop myself; I jump up and walk over to introduce myself as a Columbus resident, a fellow Buckeye. The stereotypes are a bit harsh, but I can’t wait to get to know these folks a bit better, and share stories of “home”.  I’m a transplant to Ohio, from the Chicagoland area, but I’ve lived in Columbus, OH long enough to know what to do when one of the retirees at the winery shouts “O-H. . . “ (I reply with an enthusiastic “. . . I-O”,  and a grin.)

The Scarlet and Grey of The Ohio State University is in my blood, and I have 20 years of eating chocolate and peanut butter Buckeyes from Anthony Thomas. I travel to Cleveland and Cincinnati on a pretty regular basis, and am familiar with the “vibe” of those cities. I have to laugh at the perception of the rest of the state that is coming from the retired Columbus native sharing the patio.

I’ve always thought of Columbus itself as an artistically prolific, politically active and socially progressive city. . . but then I ride a bicycle, live in a registered “Green Spot” apartment, and interact with fellow artists on a daily basis. I’ve surrounded myself with a diverse network of people. Coming from Chicago, and having lived in Milwaukee during my college years, I moved to Ohio with a pretty open mind. The process of apartment searching was guided locally, by graduate students already in the program I was entering into in 1996. Historic German Village and Victorian Village fit the bill of what I was looking for, as does artsy, liberal-minded Clintonville today.

Back in the hills of Tennessee, at Lookout Winery, the pizzas are one size, which is more than needed for just one solo traveler. Wine is sold by the bottle, unless a wine tasting is the desired route, and then you can taste a variety of wines in a 2 oz pour for $9. Six wines will are served up to you inside, in the tasting room. . . to help you decide which bottle to purchase, to sip out on the patio. Each of the pizzas on the menu comes with a wine recommendation, so those who already know their personal wine preferences can make a selection, and go straight to ordering a bottle. This way of ordering might be a challenge to some solo travelers, and I didn’t find out until I was already there, but I don’t let that stop me from ordering. Three minutes off of the plane I discovered a brochure for this local wood fired pizza and wine stop. I was hungry, but more importantly I wanted to indulge in this local experience, despite finding myself I conversation with fellow Ohioians. I wanted to sit in the sunshine, take in the beautiful day, and enjoy the view that the winery was named for.

The food, which the staff tells me is made in old school Italian tradition, is delicious, enhanced by being served to me by the friendly and talkative restaurant owner. The atmosphere and the company add to the allure of the place. A couple nearby tells me about their recent trip to Italy, and their quest to find a local pizza that matches up to what they remember. The pizza here, with its ingredients imported from Italy, comes as close as possible to the amazing choices they had on their trip.

There had been just a few of us on the patio, until more visitors spill out from the wine tasting going on inside. Within the hour we’ve been joined by two boisterous female friends, on a week-long girl’s trip, visiting the area to sample wines at as many local wineries as possible. They are flying by the seat of their pants, not sure what city they will be staying in that night, or how many wineries they have already been to. They are having an amazing time!

The waitress, a devoted customer prior to working at the winery, professes to be a loyal fan of the wine and the pizza. She let me know that on a scale of 1 – 10 the sweetest wine choice is about a 5. This is very different from the sweet Michigan wines of my younger years, grown in the more frigid conditions I’m used to. I’m pleased with what I find, and I’m not alone.

“Did you find a wine you like?” the waitress asks the traveling pair of friends.

“We found a lot of wine we like!” one replies, “ – that’s the issue. We’re getting in trouble with all of the wineries. We’re trying to make it to Nashville. . . it might be a little while.”

The winery encourages them to relax, unwind, and make a special memory of their visit: “We create lasting memories with every bite of our wood fired pizza and every sip of our hand crafted wines -all while enjoying the best views the Tennessee River can offer.” (Restaurant website) Small snippets of conversation continue to float my way. . . the gentleman from Ohio is questioning his friend:

“How long have you two been married?

The group is trying to take a group photo under the shade of the patio overhang, but they are backlit by the bright sun coming in behind them. The subjects are too dark. They ask for the professional photographer / trainer in front of them to take a photo on their cell phone, but the Samsung doesn’t seem to have an HDR setting; at least I can’t find it.

One Ohio native snaps at the other. . . “I only put you in it because I was told not to take a picture without someone in it. I just wanted to get the river. . . hell, I’ll just take a picture of the river!” 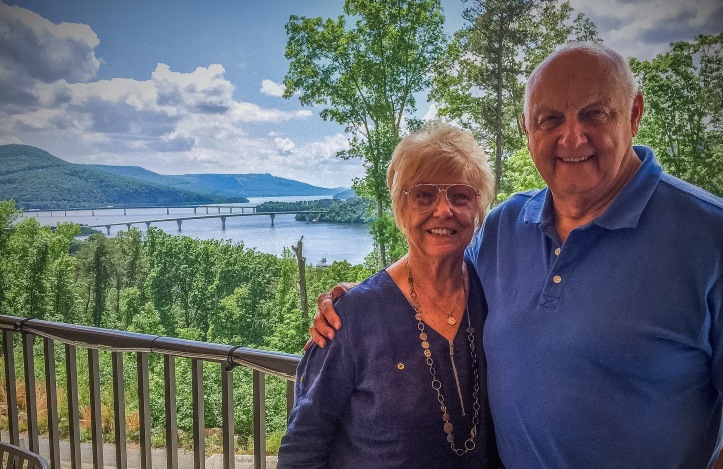 I offer to take a photo on my iPhone, which is equipped with an HDR setting and Photoshop. Do yourself a favor, and engage with those around you when you travel. Raise a glass, with the Damn Yankees, the Redneck Hillbillies, and everyone in-between, and join me on the next adventure.