A Double Header: Summer Begins and Ends with Baseball, Bikes, and Beer 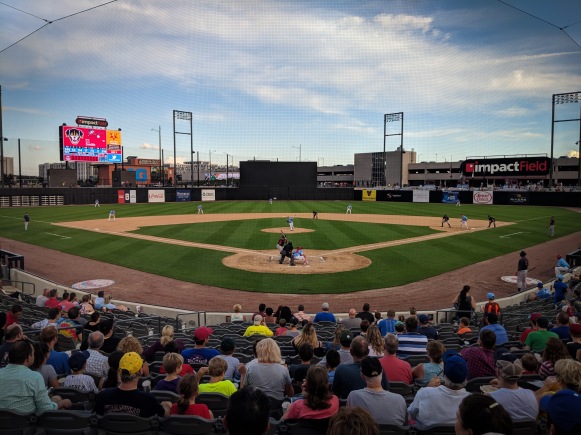 It’s over. Like it or not, the last pitches of the season have been thrown, unless your team is lucky enough to have made the playoffs. It’s a good thing the autumn bike season is just ramping up, as we get ready for the colorful show of fall leaves. Beer…? Thankfully that’s here to stay, although unfortunately the pumpkin ales are about ready to take over the taps.

Along with apple pie and Chevrolet. . . . baseball, bikes and beer are the icons of the American summer. It’s how we do things, especially in the Midwest, where a Double Header is a family night out. This Labor Day weekend, it signals the end of summer.

I’m a transplant to Ohio, but Craig grew up in Morrow Co., where you didn’t start school until the Tuesday after Labor Day. The days prior were spent riding the Ferris Wheel, eating corn dogs and throwing darts, at the County Fair. By Tuesday everyone was back at school – streets were crowded again, because family vacations had come to an end.

(Aside – If you wanted to page a friend or family member at the fair, back in 80’s, it would cost you 10 cents. Oddly enough, everyone was always looking for “Mike Hunt.” Popular guy!) 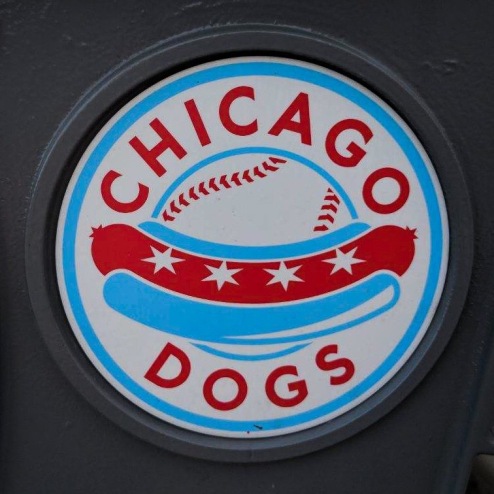 With the end of summer, travel and tourism switches gears, luring young professionals, DINKS and retirees out onto the road, to replace the parade of families that dominated the summer months.

Our summer began with a large group of Columbus cyclists riding Bike the Drive, pedaling 30 miles along the Chicago lakeshore, on Lakeshore Dr., which had been closed to cars for the morning. What an incredible way to see the city, at a casual 12 mph pace. Fully supported, with rest stops and an after party, the ride was comfortable, even with a flat tire, and well organized.

Subaru was on hand, passing out wallets made of recycled bike tires, and Chicago branded bike socks for the Subaru owners. Craig? Check – 2012 Outback. Kat? Check – 2015 Forester. I had to tell the Subaru reps that I’d taken my bike with me when I’d purchased mine, just to make sure it fit in the back, without taking the front tire off.

This was the launch of summer, and everyone knew it! It was Bike Night at Columbus Tap, where Revolution Brewing was doing bike safety checks, and raffling off bike gear. We raised a glass, with our motley crew of cyclists, then hopped on the L to take the brown line to The Annoyance Theater & Bar. 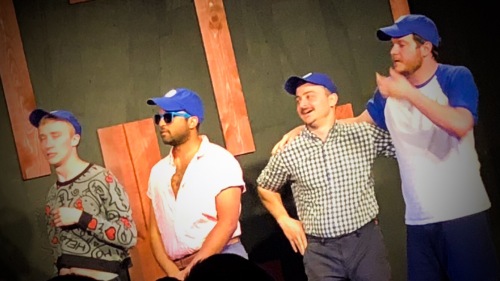 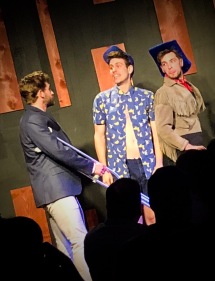 And this is where we got our baseball fix, in an unconventional way! Baseball jerseys and baseball humor took to the stage, in “Striking Out – a Gay Baseball Musical.” Stereotypes were knocked out of the park, but all in the name of comedic effect. When Babe Ruth entered stage left, glowing under the black lights, with neon stripes under his eyes, it was time to dance!

“Swing that around,
Swing that bat!
Swing it all around,
Just like that!
. . .
Wham bam, thank you m’am
We’re going to Disney Land.”

A trip to Chicago would not be complete without tossing some cash across the bar at the Old Town Ale House! What could be more fitting than dropping in over Memorial Day weekend, to launch the summer, then making our way there 98 days later, to close summer out, over Labor Day?

As summer was winding down, the Ale House was standing room only, for our first round of drinks. A table opened up, across from the bar, allowing us to kick back, relax, and enjoy some people watching, the way we do. We talked about the impact and significance of summer coming to an end, as we sipped our drinks. 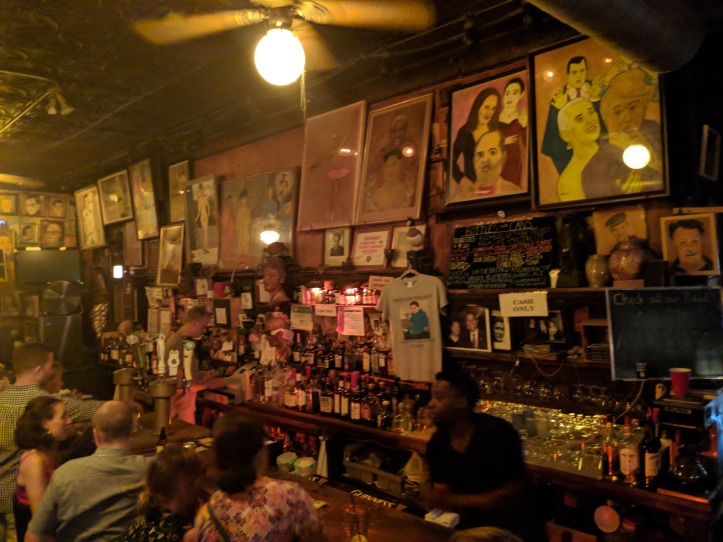 We’d just left Impact Field, where the Chicago Dogs were playing a Double Header, the final games of the season. It was Star Wars night, and the minor league team had a full line-up of entertainment for the kids, culminating in fireworks, set to the music of John Williams, composer of the franchise soundtrack.

Just being outside, watching the sun go down, is so relaxing. But you can’t relax too much, because you’re listening for the crack of the bat, and watching for foul balls. There were plenty of those! 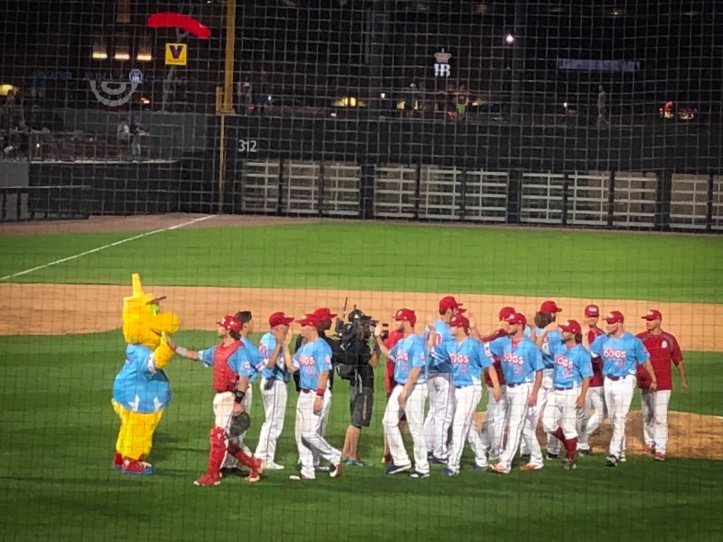 The smell of the ballpark was in the air – the hot, salty scent of grilled meat, from the hot dogs, overlaid with the buttery aroma of popcorn and the sticky sweet fragrance of cotton candy. This is Chicago, so we’re talking about an all beef frankfurter on a poppy seed bun, topped with yellow mustard, chopped white onions, bright green sweet pickle relish, a dill pickle spear, tomato, pickled sport peppers and a dash of celery salt. #noketchup

Of course these were the “Chicago’s Hot Dog,” Vienna beef! The Chicago Dogs mascot is Squeeze, an old school diner bottle of yellow mustard. He got into a scuffle or two with Ketchup, the other mascot, disguised in a trench coat and bandit’s mask, attempting to gain access to the stadium kitchens. 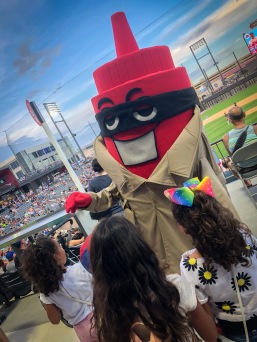 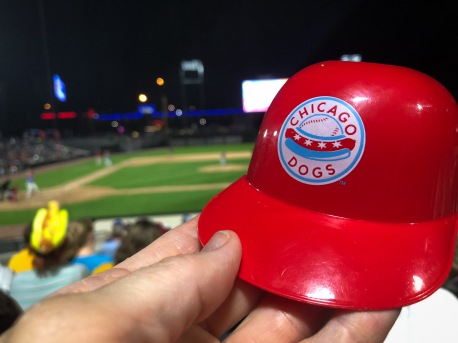 In the 6th inning, Dalton Blaser (#21), ended up eating dust, to avoid being hit by a  wild pitch. He was hit on the next pitch, and walked to first base. The Chicago Dogs ended up winning the 2nd game of the Double Header, also known as the “night cap,” 6 – 3. (We won’t talk about the first game, since it was a continuation of a rained out game the previous day.)

Baseball is a relaxed game, with no real clock. It could go on forever! We wish the spirit of summer could last as long! At least we have our bikes and a cold beer waiting for us! 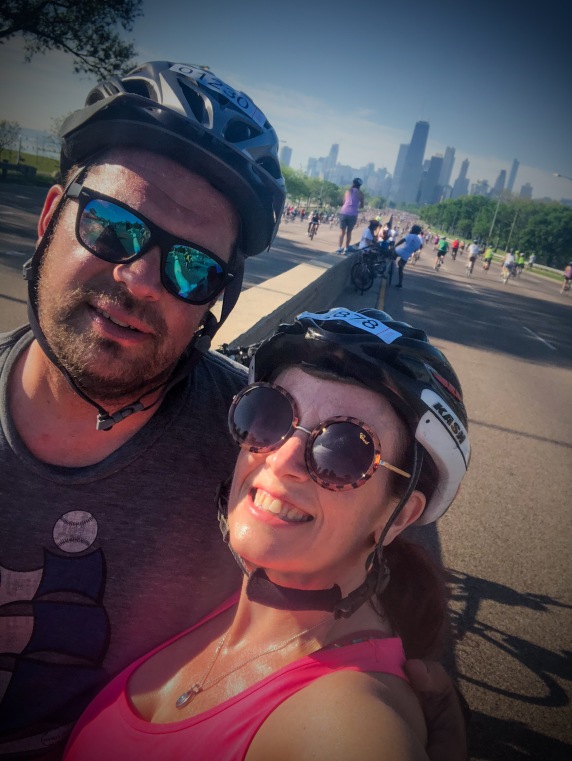 (This blog post was co-authored, edited and 1/2 photographed by Craig Clark, who I’ve shared numerous beers and peanuts with, at the minor league ballpark, in Columbus, OH. I’m looking forward to next season!)