My 20-Year Commute: Enjoying the Road Trip, Minding the Speed Limit, and Remembering not to Honk… too Aggressively

Healthy road snacks are packed, but I’ll stop for a Diet Dr. Pepper, a bag of pizza-flavored Combos, and the original Starburst candy at a truck stop; it’s something I only do on the road. My suitcase, plastered with battered stickers from past travels, is tucked into the back of my Subaru, sharing space with my mountain bike, helmet and tire pump. The cats have been fed, and the lineup of cat sitters has my itinerary for the week. I’ve watered my plants, and the recycling, trash and composting were the final items attended to before I hit the road. No need for a GPS on this trip!

It’s a familiar drive, the kind you so on autopilot, after the 20th or 30th time you’ve made the trip, only occasionally taking note of the landmarks along the way, to judge how much further there is to go. Headed north, the sudden appearance of a massive field of slowly rotating windmills lets me know I’m making good time. On the return trip, the giant blue arch declaring “Welcome to Ohio” signals that I only have a few more hours on the highway.

I can’t quite figure out why the road makes so much noise. At first, the constant hum of tires on rough pavement is little more than background noise, and I’m glad to be on my way, but after several hours of it, the hum is all I hear. The construction on the interstate breaks things up, and jolts me out of the stupor I may have otherwise fallen into, but then it’s back to the familiar hummmmmmmm.

There are periods where cell service cuts in and out, deep into the cornfields of rural Indiana, making extended, work conference calls a challenge. But I’m glad I occasionally have the option of taking these calls from the road. The otherwise uninterrupted chance to just drive, and think, is welcomed, especially on trips like this one. Time spent behind the wheel brings me one step closer to my family, both literally and figuratively.

I’ve been making this commute, from Columbus, through Indianapolis, on my way to Chicagoland, since I was a 1st year philosophy graduate student, back in 1996. My time spent at The Ohio State University seems like a lifetime (or two) ago. The trip seemed a lot longer back then, whether I did it alone or had a passenger, because of the novelty of the trip, and the frequent sightseeing stops along the way. I wasn’t thinking about, or much concerned about, the time these stops added to my total trip time.

Somehow time has warped, as the task of driving this route became more and more familiar. These days I drive my high tech SUV, complete with backup cameras and heated seats, on autopilot, so the trip seems about ½ as long. I make just two planned stops; these are chosen, in part, for the cleanliness of the bathrooms, the quality of the coffee, and the availability of real food – the kind that has a shelf life of less than 9 months. I try not to veer from my route. Once I’m on I-70, in Ohio, or Indiana’s I-65 I can relax, knowing I won’t have to make any navigational decisions for several hours. 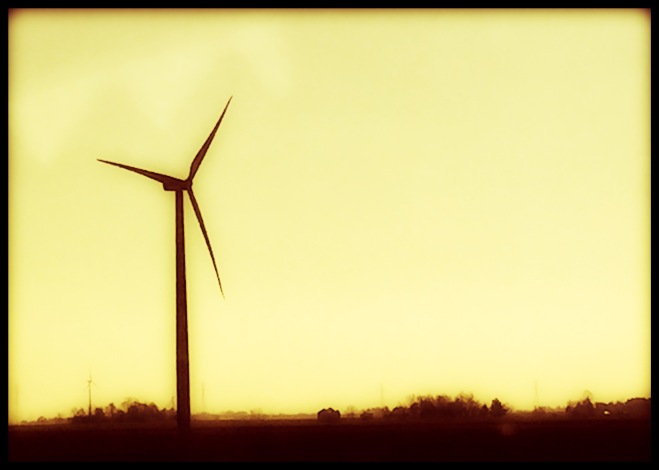 I’m on my way home to visit family, in Brookfield, the Chicago suburb where I grew up. (You might know Brookfield – there’s a pretty outstanding zoo there.) My life in Columbus, which I’ve called home for the better part of the last 20 years, is temporarily left behind. My heart must be in two places at once, for just a little while, as my Mother recovers from high risk heart surgery.

For a year, in the early 2000s, I made this drive almost every other weekend, in the direction of Columbus. I’d taken a job in Chicago at the time, but my close social circle was back in Columbus. One of my girlfriends would keep me company, via cell phone, even on the late-night drives, chatting and sharing stories, keeping my mind off the boredom, and keeping me awake and alert. She was trying to help me stay connected to our circle of friends. This was in the days before everyone had a Facebook account, when social calendars were more of a challenge to coordinate, and we didn’t have daily access to each other’s lives. Back then, living 6 hours away meant that you missed out on a lot of the social drama; like it or not, the drama is sometimes the glue that holds people together.

These days I throw in a “book on tape”, usually non-fiction. My younger staff photographers tease me for calling them that, and I insist that I don’t mean it literally. I truly am not still driving the low-tech, boxy 1990 Honda Civic that first got me from Chicago to Ohio. Wouldn’t that be a story if I were? That car, gifted to me as a college graduation present, served me well from 1996 until about 1999, when I had to jump start it to get it to the dealership, as a $500 trade-in. The tape deck showed about as much wear and tear as the exterior of the car, rusted from the road salt, thrown down during cold Chicago and Columbus winters!

The lack of air-conditioning, in the base 1990 model, was a minor drawback. The road noise, amplified by riding with the windows down, in the August heat, became more than a mild annoyance at 80 mph. (Note: I certainly don’t know this first hand! Give me a chance, and I’ll try to make the claim that I don’t drive that fast, though state highway patrol across the Midwest might disagree. I have a “Good Driver” certificate on my fridge to support my commitment to driver safety, in my early years of driving. . . Plus, tickets get expensive, and so do the high car insurance rates that come with having too many points on your license.)

Now I make my commutes to Chicago in my Suburu Forester, purchased with my bicycle, and my self-declared “Adventure Lifestyle”, in mind. The bike fits into the back of the vehicle without taking the front wheel off, and the rubber mat catches any dirt and debris it might deposit. The oversized sunroof makes me feel like I’m driving a convertible. The full tech package, an automatic upgrade, so that I could go home with the car the same day I bought it, in the color I wanted, keeps me safe and comfortable.

And, as I have said, my audio books keep me well entertained! I’m drawn to nonfiction, so that when the road demands my full attention, there are no complicated plot twists, or romantic backstories, to lose track of. I come from a family of avid readers, including a certified reading specialist, and school librarian. A love of books and reading is bred into me, by nature, and I grew up surrounded by folks whose curiosity was fulfilled by reading.

I’ve often engaged in the philosophical debate over whether listening to a book counts as “reading” it. Librarians, philosophy majors and audio/visual specialists aren’t shy about sharing their opinions on the subject, and in my adult life I’ve bumped into more than a few of these types. When I have the pages of the book in hand, and often a pen nearby to mark key passages, I’m an extremely slow reader, and listening to the book may not give me the same level of understanding that reading the printed pages would. Several members of my book club listen to each month’s selection, and we don’t give them a hard time about it. 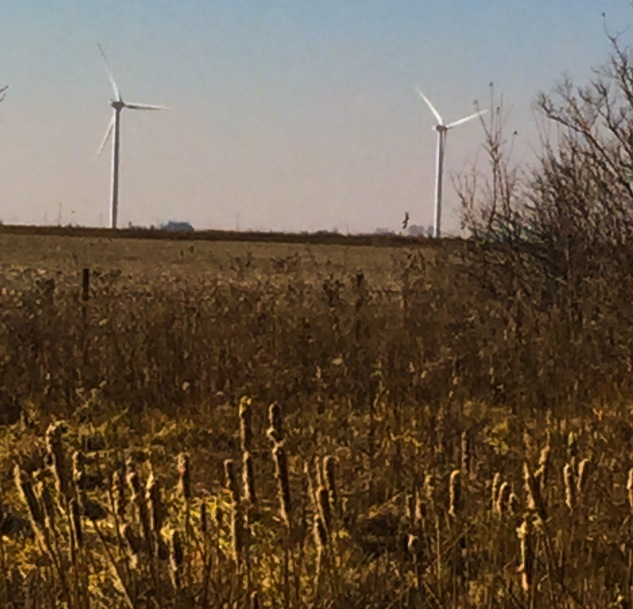 In any case, the books help pass the time, on a very familiar route that can that can take between 5 and 7 hours, depending on who is driving, and how many stops are made along the way. If my memory serves me, which occasionally it does not, it once took my sister and her husband as many as 10 – 12 hours to make the trip. It was late November, when an intense snow storm hit Indiana, while they were in transit. Hundreds of Thanksgiving travelers were snowed in, creeping a few feet at a time, along a highway that always has large stretches of constructions, resulting in the appearance or a line of orange barrels, forcing drivers into one narrow lane. An experience like that could create an aversion to making the drive an annual event.

I do not have such an aversion. Traveling regularly between two cities I consider home, the drive west, turning sharply north when I run into the Indianapolis outer belt, takes on a feeling of home too. I know what to expect, often looking longingly at some of the “attractions” along the way, wishing I could pull off and explore them all; but that would delay my arrival, which is not an option. I’ve experienced 2 decades of muttering “I’m going to get a really early start one of these days, so I can stop and do X on the way!”

I’ve even considered planning a 3-day road trip, with layovers in cheap highway motels, so I can make it to that Gummy factory, explore the antique shop, stop to look at RVs, and maybe talk to the folks the advertise custom built log cabin homes. I’d spend more than 30 minutes at the always expanding candle shop, and take a tour of the pig barns and milk production facilities at the farm that is heavily, and cleverly, marketed to drivers and their sleeping passengers, when headed south through northern Indiana. I’d even do some research, and perhaps call ahead, to see if there were someone who could get me up close and personal with the massive windmills that I’ve only seen from a distance, all these years.

If that happens, my blog readers will be the first to know about it!

{Special note about family: My mother’s heart surgery was many months ago, and she is going great! She was recently honored as a Patient of the Year at Loyola Hospital, where she continues to do her cardiac rehab.}