Walkabout: a Year-Long Solo Adventure to Discover What Really Matters 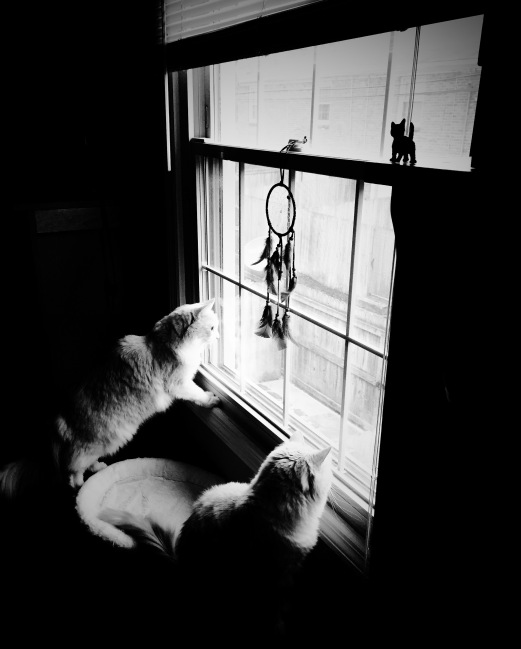 Just imagine having a full year to explore, to take on new adventures, try new things and take risks! If you had this opportunity, but had to leave everything behind and start out on your own, would you accept the challenge? Would you welcome the chance to discover the world on your own, or would you fear that it would it be too lonely? Would you feel isolated, or exhilarated?

Following your Wanderlust, seeking out new experiences and trusting others along the way, takes a great deal of courage, and a bravery that not everyone possesses. Exposing yourself to uncertainty, and not knowing what the next day will bring, could result in a paralyzing fear. Or you could take a chance on having the adventure of a lifetime!

Around this time last year I took two small cats along with me on a 5 mile winter hike, at one of the Metro Parks in Columbus, OH. Some folks might look upon that day and say that I was careless in bringing them Perhaps I distracted by the difficulty of the hike or the beauty of the scenery, and lost one of the cats, close to the end of the hike. I don’t see it that way. I like to say that Mini-ButterBean took the chance that many of us are so fearful of taking. . . and went on Walkabout. I imagined I might not see her again! 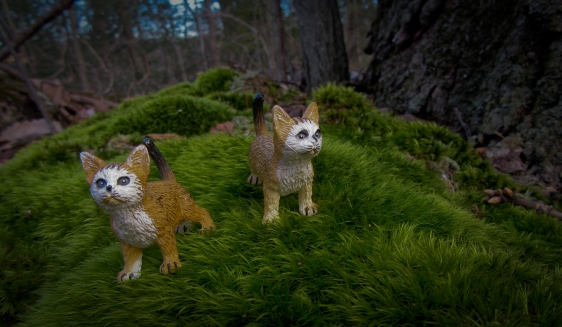 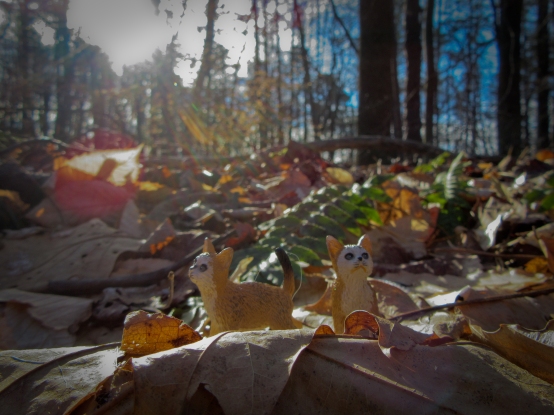 This small cat has a sister, Mini-ButterCup, who was puzzled at her sister’s disappearance, and diligently stood watch at the window, hoping for her return. At times the (much larger, definitely furrier and immensely more mobile) ButterTwins would join her in her vigil, spending hours watching birds at the same window, hopeful that their Mini-friend would wander by. Perhaps she was truly lost, and disoriented! They could keep watch, and guide her home. I knew better. Mini-ButterBean has an adventurous spirit, and wanted some time to herself.

Consider the tradition of going on Walkabout – “Walkabout historically refers to a rite of passage during which Indigenous male Australians would undergo a journey during adolescence, typically ages 10 to 16, and live in the wilderness for a period as long as six months to make the spiritual and traditional transition into manhood.” (Wikipedia)

It might be a bit of a stretch to imagine a cat having such an adventure – especially a tiny, plastic one. But these critters can be surprisingly animated, full of adventure, and reeking with mischief. I think back to when these two first came into my life, at the Denver airport, where I was delayed over 5 hours, trying to make my way home on a work trip. I didn’t hesitate to take them with me – they looked so much like ButterCup and ButterBean, my fur babies back home.

What an adventure we had, just killing time in the airport. . . 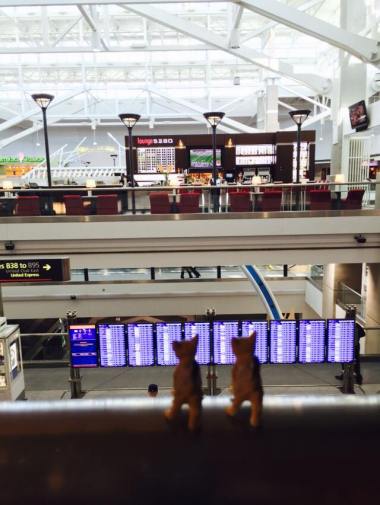 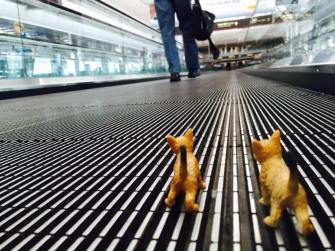 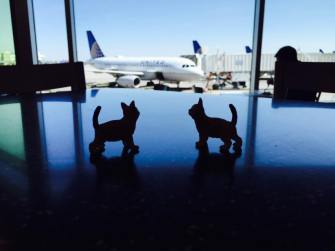 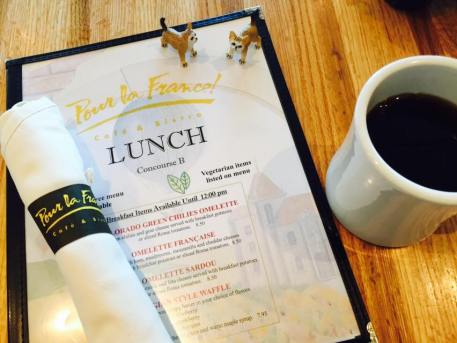 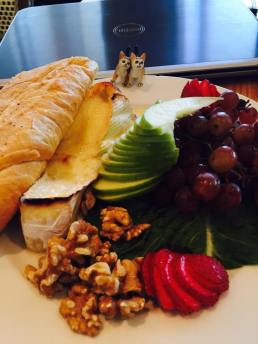 These two spirited cats, sisters, became inseparable, and jumped at any chance to accompany me on a day trip, a weekend away, or an unexpected escapade. They trusted me, and wanted to live a creative, unique and courageous life. They spent a lot of time dreaming up ways to get into something new. 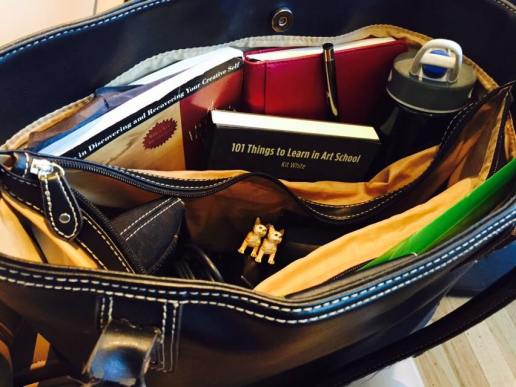 This is how we ended up on the Clear Creek Metro Park hike last year. The 5,300 acres of woodland, sandstone cliffs, ravines and creeks were a playground, offering one adventure after another.

There are many hiking trails in this park, ranging from those rated “Easy” to those marked “Difficult – Hike – dirt and Gravel”. The easier trails welcome pets and include a walk through open, grassy fields. The more challenging routes take hikers on a more treacherous path, descending and ascending a steep ravine, through hemlock groves, sandstone outcroppings and ridges topped with hardwood trees. (Clear Creek Metro Park website)

Nine distinct trails offer a wide variety of experiences. A fellow hiker recently chose the Hemlock trail, which the ranger had warned my group to avoid. Our friend soon discovered why. “It was very steep, very long, arduous,” he said, “and coming down was no breeze either, but well worth it. I wondered why I came across so few hikers. Now I know why.”

A year ago the Mini-Butters tackled the Chestnut Trail, rated “Difficult” and the Fern Trail, which took them along those steep ridges and forests of pines and hemlocks. It was a 5-mile hike, and the girls did a fantastic job, sticking together through patches of moss, snow from that morning’s flurries, fallen trees, and vast expanses of forest. 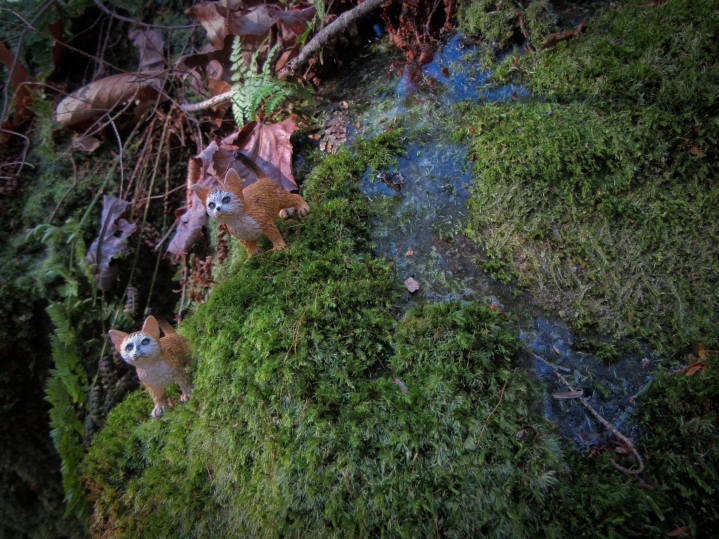 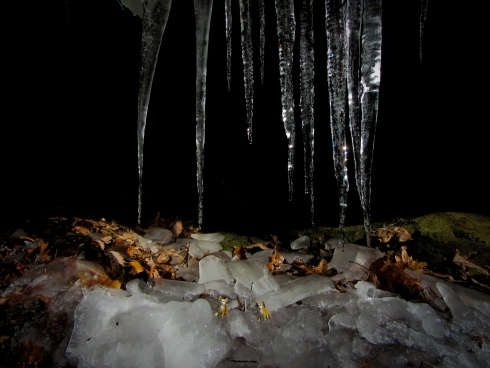 Somewhere along the way Mini-ButterBean got it into her head that there is a bigger world of adventure out there, and chose to strike out on her own, leaving her sister, and me, behind. It seems it was time for her Walkabout. I’m sure she had her reasons. “‘Walkabout’ is not an aimless activity but a deliberate and focused journey connecting Aboriginal people to their traditional lands and spiritual obligations.” (Tourism Australia)

I imagine that she kept quite busy. In addition to the natural, rugged beauty, the park offers more structured activities including canoeing & kayaking, fishing, nature preserves, picnicking, and areas for pets. The park’s website explains that domestic dogs and cats are permitted in picnic areas, roadways and on designated pet trails, as long as they are properly leashed. (I didn’t notice any signs, declaring this, when we arrived at the park a year ago.) 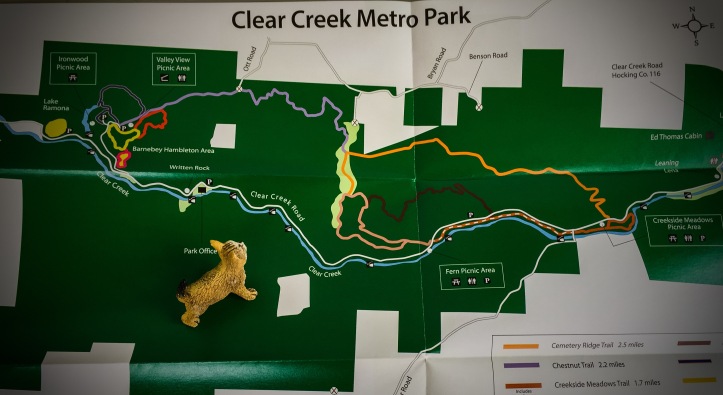 It was the kindness of a Columbus Metro Parks Ranger that brought us back together again, just last weekend. He listened to his intuition that the woman who’d “lost” the small cat on last year’s hike might be there once again this year. He’d had the foresight to hang a sign, alerting hikers that they should seek out the ranger, if they were the ones who had “lost” the cat, at this time last year.

(Hikers can be very loyal to this hike series. See a recap of all of last year’s hikes here: https://kathleenodowd.wordpress.com/2016/03/01/the-stick-people-columbus-metro-parks-winter-hike-series/ ) 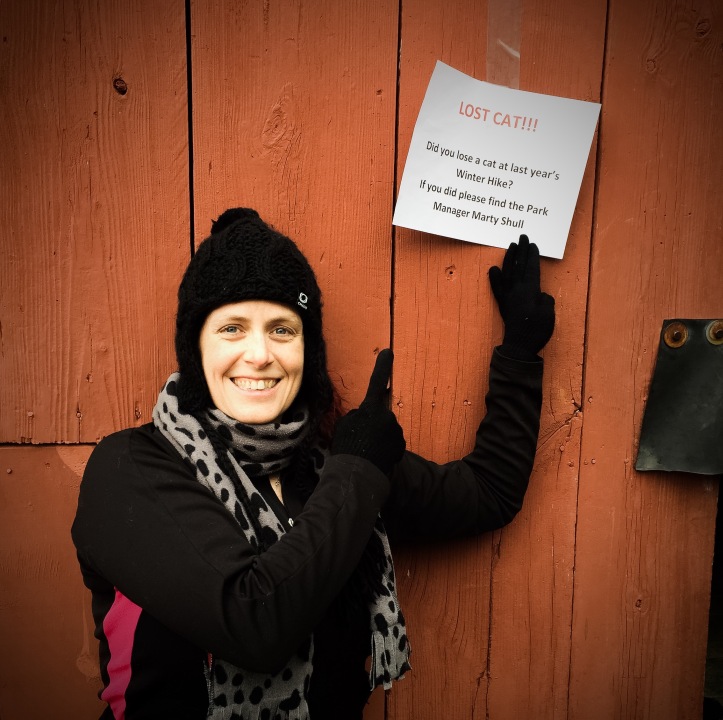 I heard about the sign, from friends who attend all of the hikes in the Metro Parks Winter Hike Series, and I couldn’t believe it. I was taken aback! I wanted to talk to the ranger, discover how she had been discovered, and learn what she had been up to all these months. As it turns out, she made a few friends along the way. She was found by the maintenance and mowing crew over the summer, having made her way back to the ranger station. Ranger Marty took her into his office, and made his plans for how to reunite her with her sister. 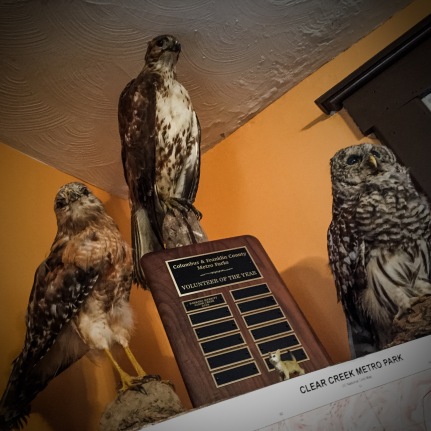 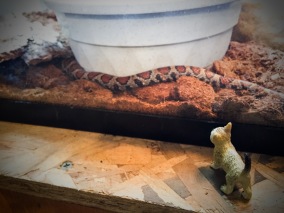 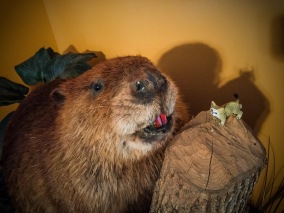 Now the Mini-Butters gaze out the window together! Mini-ButterBean may miss her time in the woods, so I’ll consider taking her back to visit, and perhaps participating in upcoming programs and events at Clear Creek, including: 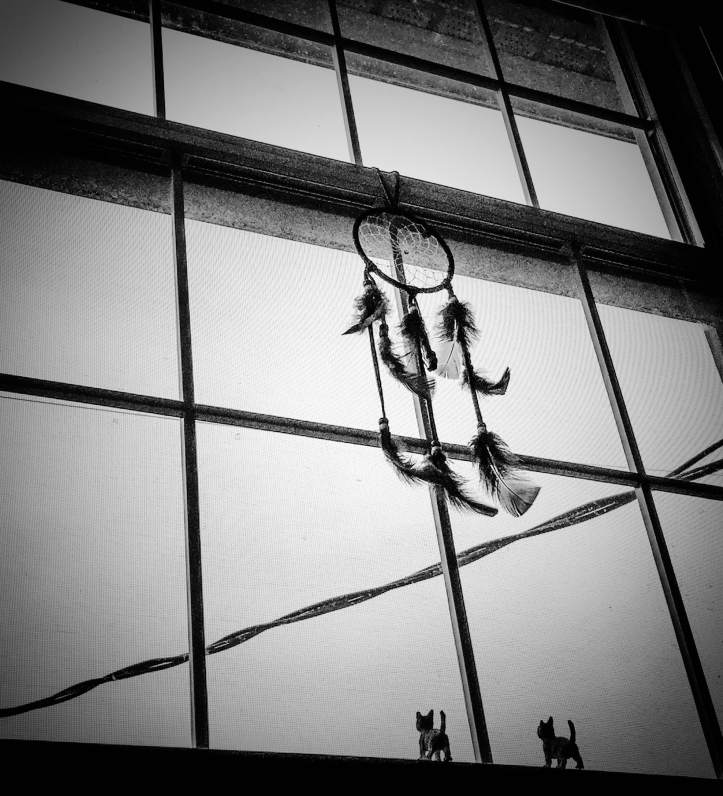 Back at the airport, over a year and a half ago, I connected with these girls. Again, I recall those first days together. My own exploration of what the world has to offer, led to the creation of this blog. Perhaps I’m completing my own walkabout, one work trip and weekend adventure at a time. I’m glad we’re all together again, but wonder when it will be time for ButterCup’s turn for a solo adventure! I suppose I’ll bring her along with me, and we shall see! 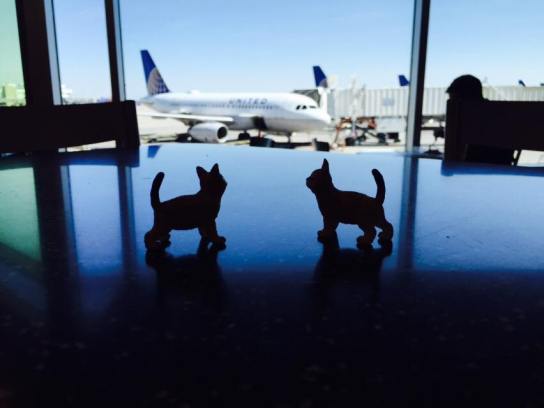