Chicago L.A.T.E Ride: Hold on to Your Helmet, Check Your Lights, and Be Sure to Enjoy the Ride!

On a Saturday night in Chicago I’m fueling up for the Chicago L.A.T.E. Ride at the Old Town Ale House, with a frosty carb-load and a slight gesture at hydration. I seem to be in the right place. . .

“The Best Bar in the World That I Know About.” – Roger Ebert

My ride doesn’t start until 1:30 a.m. There’s plenty of time to take the ‘L’ across town, from the start of the bike ride, at Buckingham Fountain, and have a drink or two. It’s around 11 pm. It’s rather early, as I’m pleased to see that the bar remains open until 5:00 am on Saturday “nights”. If you’re intrigued by Ebert’s recommendation, the owner of the bar posts to his own blog, almost daily.

“The blog that you are about to view may contain content only suitable for adults. In general, Google does not review nor do we endorse the content of this or any blog.”   (http://brucecameronelliott.blogspot.com/ )

This is the “Caution” that turns up when you search for Bruce Elliott’s blog, “Geriatric Genius”. To continue browsing, the viewer must select “I understand and I wish to continue”.

The Old Town Ale House has become something of a regular stop when I find myself in downtown Chicago. Located across the street from Second City, it has had an eclectic mix of patrons over the years. The place is a traditional dive bar, with some political leanings. The owner’s politics are displayed all over the bar’s walls, in explicit and unapologetic paintings, brought to life by the owner’s own hand. His paintings cover every inch of wall space. You’ll recognize some familiar faces, if you’ve picked up a newspaper this year, own a TV, or simply don’t live under a rock.

This neighborhood bar is the sort of place that requires a warning, but only if you are of delicate sensibilities, opposed to political satire, or a fan of Donald Trump. It’s an amazing spot to do some real people watching. You’d be just as entertained sitting at the bar solo as you are raising a toast at a table for 6. You can relax with a cold beer and meet the owner, who has been sitting at the end of the bar, just inside the door, most nights that I’ve stopped in.

Refreshed, or buzzed, it’s time to get back on the train and head to Buckingham Fountain, to join a diverse group of cyclists who think night riding is something to stay up for, and write home about. The Chicago L.A.T.E. ride will start shortly. This 25-mile, relatively flat ride, open to cyclists of all ages and abilities, is in its 28th year. As a Chicagoland native, I’m rather surprised that I first heard about the ride last year, and I was sure to make plans to be there this summer.

The ride starts with a party, complete with music, vendor giveaways, contests and neon lights. For several hours prior to the ride, participants gather around Buckingham Fountain, listening to a rock band playing cover songs from the last several decades. Those who have come prepared are participating in contests ranging from “Best Lit Bike” to “Best PJs”. . . the ride encourages costumes, flashing lights, and. . . well. . . PJs. It is an overnight ride, ending with an amazing view of sunrise over Lake Michigan.

There is a charitable aspect to the ride as well:

“The L.A.T.E. Ride supports Friends of the Parks’ work to preserve, protect, improve and promote the use of parks and open spaces in the Chicago area. . . Parks provide children, teens and adults with safe and healthy places to play, exercise and relax.  Parks help build stronger communities.  Friends of the Parks wants every citizen of Chicago to have easy access to safe, clean, beautiful parks with vibrant programs that serve and inspire” (ride website – see below).

I’m a social cyclist. I ride with a group of cyclists that are as likely to show up, to a Tuesday Night Ride, in a T-shirt and skinny jeans as they are to squeeze into a full cycling kit, complete with padded shorts, clips & fingerless gloves. My cycling education has been gained through almost 4 years of learning what to do by observation, casual guidance, and getting out there on the road. There are more formal methods of learning to cycle, but I haven’t been diligent in seeking those out. 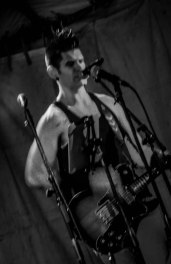 Rolling! Riding with novice cyclists is nothing new to me. As a matter of fact, it wasn’t that long ago that I was a complete novice myself, and I often still think of myself as inexperienced and “new to the game”. The Chicago L.A.T.E. Ride is my first social ride with a staggered start. To spread the 2,000 riders out, and not clog intersections, participants are divided into groups and released in waves. The green group, which I landed in, was 2nd to launch on this ride. With so many riders dressed in the ride’s T-shirt, we were a sea of orange. We waited for the police escorts to be in place, to block intersections for the waves of riders to pass through.

At the start, you just try to find your pace, and not knock yourself (or neighboring riders) over. This was a completely new experience for me. Quickly I realized that it only takes a minute to sit back, glance around and recognize a complete lack of experience in some riders. . . just as easily as you can recognize cocky foolishness, in an “experienced” rider. And there’s everything in between.

The biggest threat, or intimidation, on this ride wasn’t the late night motorists just leaving the downtown clubs at closing time, or the confusing 6-way intersections, or even the expected sleepiness that results from riding at 3 am. What kept me slightly on edge, and made me question the decision to participate, was the disregard for the basic rules of the road that I saw on the part of some cyclists, early on in the ride.

I was instantly grateful for the behavior of my Columbus cycling comrades. When you ride with the same cyclists again and again, in compliance with a set of very basic rules of behavior, a sort of “hive mind” results. You predict what your fellow riders will do, anticipating their movements based on the surroundings and your experience with how they have behaved on previous rides.

Being in tune with the other riders doesn’t happen when surrounded by a mass of strangers, of varying abilities, concerns, and temperaments. . .  at 3 am. . . on the downtown streets of Chicago. Often cyclists have an unfortunate reputation, for being careless (boarding on reckless), and inconsiderate of other commuters. They are thought of as unaware of the basic rules of the road, and how they apply to cyclists sharing the road. This reputation is unfortunate because it is not representative of all cyclists; it is not universal. It was almost painful for me to sit back, while other riders disregarded the safety guidelines set up by ride organizers and city traffic laws.

If I could send a message to other cyclists, it would be: “You are NOT alone on the road!” In the dark, with everyone loaded up on energy drinks and decked out in glowing neon accessories, I was seeing behavior akin to that of 16-year-old boys, notorious for feelings of invincibility.

But the truth is that I’ve grown to love, and feel very at home, riding my bike on the city streets at night. It was a thrill to explore downtown Chicago with little to no traffic, seeing areas that are normally tourist traps, filled with pedestrian traffic. I refused to let careless, or thoughtless, cyclists take away from my experience. There are many places a new (or curious) cyclist can go, to learn more about the rules of the road, and how they relate to cyclists. In Columbus, “How We Roll” from Yay Bikes!, is a great place to start. Ignorance is abolished through education.

About 8 – 10 miles into the ride was a rest stop, with snacks, water and bike maintenance support. Looking ahead on the route, just past the rest stop, the roads were clear. I took advantage of this opportunity to get ahead of the crowds, by bypassing the stop. I had snacks in my bike bag and water in a water bottle cage on my bike. On a 25 mile route, I didn’t expect to make frequent stops.

On the back end of the ride I got to see parts of town that I’d never seen, and made mental notes of places I’d like to come back to – restaurants, parks, art galleries and shops. I won’t remember them, so I may need to ride the route again, in daylight, on my next visit to the Chicagoland area. In the end, the ride was enjoyable; my experience was as if there were actually 2 different rides I participated in, as the 1 o’clock hour bled into 2 am, and then 3 am. The mass start gave way to small clusters enjoying night cycling at its best!

Making a final right turn, in the direction of the lake, we knew we were on the home stretch. The bike path, which runs along Lake Michigan, and is bounded on the west by Lakeshore Drive, normally closes to bike traffic at 11 pm. We had special permission be there, as part of this night ride. The path itself was in great shape, twisting and curving through the trees, with few interruptions. The blacktop was smooth, seeming to be laid down recently OR very well maintained. With headlights illuminating the path and a blinking red taillight – to let any of the spandex-clad speedsters know I was there – I cruised along the path, with a pleasant breeze.

The ride wraps up at the fountain, close to 4 am. There is yoga for those who are so inclined. I think to myself that Old Town Ale House is still open. Perhaps there’s time for one last drink. . . next time! I can hardly keep my eyes open.

In those last moments on the path, the Chicago skyline was twinkling to my right. Lake Michigan disappeared into darkness, a dramatic contrast to the light pollution of the city. Far in the distance, on the horizon of the lake, I could see faint lights. It was fun to imagine which lakeside communities might be out there, on the Michigan side of the lake. I’ve made many trips to these lakeside Michigan towns, to St. Joseph, Stevensville, and the Warren Dunes State Park. But that’s a story for the fall, when the Apple Cider Century rolls into town once gain!

Join me on the next adventure!